Omar was a team captain on his school basketball team and a goalie on his community hockey team. Omar also worked for his school newspaper where he started as the youngest contributor writing several articles per issue and designing part of the paper. He enjoys film editing and has helped make several films including two at the Gulf Islands Film and Television School. He participated in Peace it Together to gain another perspective and to better educate himself about the continued conflict in Israel and Palestine. 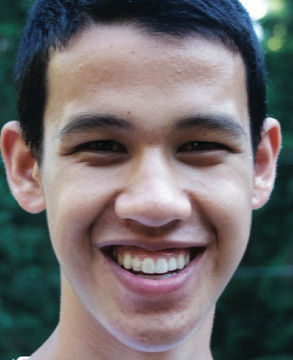