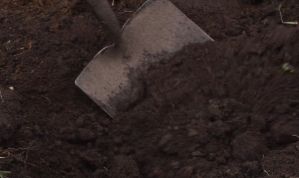 A reflection on the present circumstances surrounding the conflict, and the glimpses of humanity in which we find ourselves. 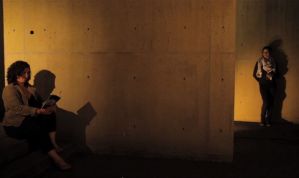 In the Presence of Absence

Perceptions and ideas of the "other" are explored as two girls meet in the space that divides them. 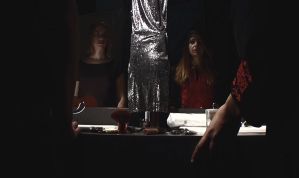 Through a Glass, Darkly

Two women brought together by their own story - a reflection of grief and death that surrounds them. 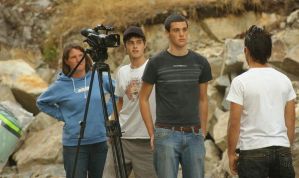 After 10 years of programming, Peace it Together is closing its operations.  In spite of the generous support we obtained over the years, sustainable funding has been a huge challenge. With urgent crises in other parts of the Middle East, and without meaningful political action to support a just and sustainable peace between Palestinians and Israelis, funding has been particularly difficult to obtain in the last few years.

Peace it Together came a long way since 2004 when dozens of committed volunteers came together in Vancouver, Canada to plan and run the first program combining dialogue, wilderness, and creative exploration. Then two years later, our organization discovered the powerful impact of collaborative filmmaking. In 2006 after a week of deep dialogue and group activities, film mentors at the Gulf Islands Film and Television School guided small groups of Palestinian, Israeli and Canadian youth to create short films about the conflict.

The resulting process and outputs exceeded all expectations and with Co-founder, Adri Hamael, we refined our mission to building peace through dialogue and filmmaking.  We rebranded our organization with the generous support and talent of the digital innovation company, Switch United.

The following summer-programs took place among the welcoming communities of Bowen Island, Pemberton, and the University of British Columbia. The program grew to include community-engagement workshops for an additional one to two years.

The Results Touched and Affected Thousands

Thousands of people engaged with youth through film-screening workshops, where they discussed the meaning and impact of the program and the actions they could take.  Many more thousands of people watched the films online. The majority of audience members surveyed, said they wanted to learn more about the other side or understand more about the conflict.

Passing on the Legacy

We have been using the small, remaining resources to try to pass on our legacy to other groups and individuals working toward peace between Israelis and Palestinians.  Even after the organization dissolves, I would be honoured to assist other organizations (anywhere in the world) that are inspired by our mission and vision, to utilize the Peace it Together approach and/or Guiding Principles.

It Took a Village!

Peace it Together’s success over the years is a direct result of the scores of people who donated their money, time and other resources to invest in peace. Funding from supporters like you enabled us to produce valuable programs and award-winning films. I hope you are proud of what Peace it Together accomplished:  Award-winning youth-made films, behind-the scenes films, and empowered young leaders whose lives are forever impacted because of the experience they had.

One of our greatest assets at Peace it Together has always been the people behind-the scenes.  We relied heavily on volunteers and under-paid staff for most of our history. Talented, courageous, and committed peace builders gave their time, energy, and love to governing the organization, planning and executing the programs, and communicating our message to the world.

The most challenging and rewarding times of my life

Because of all of you and our collective work, I have strengthened my resolve and my voice to reflect the challenges, nuances, the pain and the possibilities, around creating peace between Israelis and Palestinians and between people around the world.

Peace it Together is closing its doors as an organization, but the films, guiding principles, and other resources will remain available on our web site for some time to come. Please make use of them!

I believe that the work we did at Peace it Together and the thousands of lives we touched and affected, has enabled, and contributed to progress towards peace.

With love and gratitude,